The Ghost of Rawson House 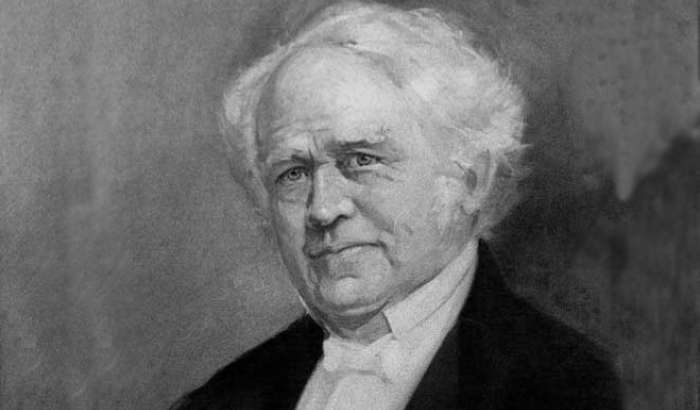 On a winter night in 1873, Mrs Lett, the daughter of the former owner of the Cranbrook estate, saw the ghost of her recently deceased father reflected in the polished door of a wardrobe in our school’s oldest building, Rawson House.1 As her husband later explained, the ghost of Captain Towns

was barely a half figure, the head, shoulders and part of the arms only showing ... The face appeared wan and pale, as it did before his death, and he wore a kind of grey flannel jacket, in which he had been accustomed to sleep.2

At first, Mrs Lett thought that the apparition was the reflection of a portrait, but upon turning around, she found only a blank wall.3 Realising that she was in fact standing before a ghost, the frightened woman shouted and the whole household came running. Upon entering the bedroom, Mrs Lett’s mother, her sister, her old nursemaid, Captain Towns’s old body servant, a housemaid, and a butler each in turn sighted the spirit of their master.4 However, the encounter was not to last long. In front of the small gathering, Mrs Towns reached up to touch her late husband’s face, but her hand only met the wardrobe’s wooden panel and the figure faded away.5

The man behind the ghost, merchant and entrepreneur Captain Robert Towns (1794–1873), was born in Horsley, Northumberland, England.6 With little education, but determined to improve his position in life, Towns studied navigation while working as the master of a collier out of North Shields.7 By the 1840s, he had settled in Sydney as a mercantile agent with vessels sailing to Europe, India, China, New Caledonia, Melanesia and the Marshall Islands to trade in sandalwood, trepang, coconut oil, turtle-shell, cotton, wool and Melanesian labourers.8

In 1864, Towns bought Cranbrook from Edwin Tooth (a brewer, who had named the estate after the village in Kent, England), and raised his five children there.9 At this point, Towns had worked his way up the ranks to become a large landholder, president of the Bank of New South Wales, member of the Legislative Council, and such a significant figure that (in Towns’s own words), the “Government have paid me the compliment to call the [Queensland] town ‘Townsville’”.10

Between that first sighting of Captain Towns’s ghost in 1873 and Cranbrook’s establishment as a school in 1918, the estate passed through several hands. After Towns’s death, Cranbrook was sold to James White, a wealthy pastoralist and horse racer, who added the beautiful stained glass windows (depicting Captain Cook’s landing) to Rawson House and also the rotunda.11

It seems that the ghost of Captain Towns also remains, for Rawson House boarders have occasionally seen this great Australian historical figure wandering the halls over the years – a figure who is on the one hand admirable for his puritan industry and perseverance, but on the other illustrative of Australia’s ruthless colonial past.14