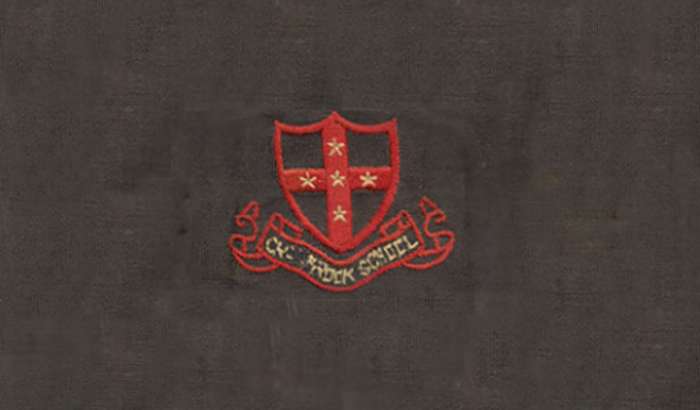 He chose to be good rather than to seem good; and so, the less he strove for fame, the closer it followed after him.2

These two lines appear in Sallust’s Bellum Catilinae, a history of the Roman conspirator Marcus Porcius Cato who was famed for his impeachable integrity. The author, Gaius Sallustius Crispus (86– 35 BC), was an ambassador under Julius Caesar.

The first in his family to enter politics, Sallust valued personal achievement based on merit, rather than the nobleness of birth.3 He therefore professed admiration for Cato as a man who did not compete in wealth with the wealthy, or in party quarrels with politicians, but rather “with the active in good works, with the self-restrained in moderation [and] with the blameless in dignity”.4

On 23 July 1918, a group of 64 eight to fifteen-year-old boys arriving at Cranbrook for their first day of school were greeted by our newly minted school motto based on Sallust’s lines: Esse Quam Videri, meaning "to be rather than to seem to be".5 Our first Headmaster urged these students to feel pride as the founding members of a school “with aims so worthy and possibilities so great”.6 He asked them to follow the school motto by developing not only knowledge during their time at Cranbrook but also an integrity of character.7

The earliest version of our blue, red and white school crest, also introduced that day, was designed to reflect this dual concern with knowledge and integrity of character. The school motto sits under a shield that is divided by a St. George's Cross containing the five five-pointed stars of the Southern Cross. On either side of this cross sits an open book and a Roman lamp.8 The book represents knowledge and learning, while the lamp symbolises light, life, spirituality and truth.9

It is clear that the earliest boys to come through our doors heeded Cranbrook’s call ‘to be rather than to seem to be’ well beyond their school days. When interviewed in 1993, Jim Todhunter, who was here from 1923-8, labelled our motto as a type of “philosophy, which applies to the rest of our lives”.10

Similarly, Marc Podosky, a student from 1938-40, fondly recalled a schooling in which he was not only taught “educational subjects, but how to conduct yourself in society” with “standards overruled by a very good school motto”.11 While he was only at the school from 1928-30, former student Errol Bode’s two key tenets in life were esse quam videri and his father’s advice to “fear none, favour none [and] speak the truth”.12

Our students no longer study Latin on the school verandah “shivering in our overcoats” as their precursors did, but they still follow a tradition of pursuing excellence and leading lives of integrity that was established in those early days.13 To know this we only need to turn to these lines from the School Song which is still sung heartily at school events:

This is our motto: to be rather than to seem.
May we follow it bravely, shunning deceit
May our deeds shine and may we not become proud.14