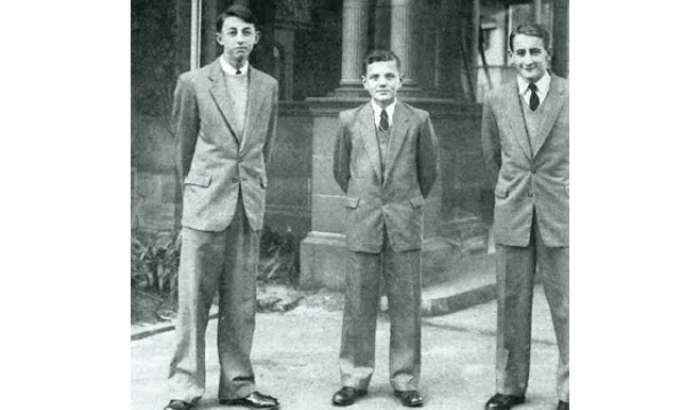 Mungo MacCallum is a man ready to laugh and to make others laugh.1 Known for his witty reporting from the Press Gallery in Canberra during the 1970s and 1980s, he is willing to see the funny side of Australian politics if it inspires his readers to engage with policy and politicians. On his retirement from the Press Gallery in 1988, he called this “sugaring the pill”.2

If he has a problem, it is distinguishing himself from the other, equally famous “Mungo MacCallums”, coming as he does from a long line of them. Such is the family legacy that Mungo must be known with the addition of his mother’s maiden name, as Mungo Wentworth MacCallum, or risk being mistaken for his father, grandfather, or great-grandfather. The MacCallums have passed the Mungo name down through the male line, each garnering the limelight because of contributions to the cultural life of Sydney and Australia.

Sir Mungo William MacCallum (1854–1942) was born in Glasgow, sailing to Australia in 1886 with his wife and two children to be the Foundation Professor of Modern Language and Literature at the newly established University of Sydney, and later being appointed Deputy Chancellor in 1928. His eldest son Mungo Lorenz MacCallum (1884–1933) was a Rhodes Scholar, a lawyer, journalist, and lecturing in law at the University of Sydney.3

The present Mungo’s father, Mungo Ballardie MacCallum (1913–1999), was a journalist, novelist and broadcaster. He moved from newspaper to radio journalism, and later into television, producing the ABC’s first television broadcast.4 Mungo’s mother, Miss Diana Wentworth, was a direct descendant of the explorer Charles Wentworth.

Mungo Wentworth, known as "the young Mungo" to avoid confusion, was clearly handed down the expression gene through the family line.5 His abilities at school were broad, showing excellence in language but also in mathematics and science.6. Mungo was part of a successful debating team with future actor John Gaden.7

He also frequently contributed to the school’s magazine, The Cranbrookian. His written pieces included original poems, but it was his editorials that showed the spark of the future Mungo.8

Although the certainty of youth would eventually be tempered, the energy and enthusiasm was manifestly there, as was his political engagement and his care for topics about social policy and change. In one editorial, he targeted what he saw as the out-of-date syllabus of the Leaving Certificate.9 In another, he condemned the closeness of science and politics in the invention of the hydrogen bomb.10 In a third piece, he commented on the need to renew individuality in the Western world, because “conformity of dress, of manners and of customs is the rule rather than the exception”.11 In the same issue he wrote a piece titled “Pro Patria”, in which he critiqued the hypocrisy of the term “peace with honour”, when nations “are prepared to lie, cheat, torture, and maim; in fact, to do everything dishonourable”.12

This early engagement would later feed his Press Gallery career, during which he wrote variously for Nation Review, The Australian, The National Times and the Sydney Morning Herald. He continued his political commentary afterwards, publishing numerous books about federal politics in the 2000s. Now in his seventies, he remains a prolific writer, regularly writing articles for The Monthly, and completing several long essays for the highly regarded Quarterly Essay.13

Now a national treasure, Mungo found himself recently reported to be deceased on Twitter, as he sipped coffee in his local café. Fellow journalist Anne Summers had taken to Twitter to mourn his death in error, setting off an outpouring of tributes. Correcting her mistake shortly afterwards, the event trended with the hashtag "MungoLives". And with his trademark sense of humour, Mungo supplied proof of his wellbeing in a photo of himself with the day’s paper.14

To see an interview that Mungo gave to the Old Cranbrookians' Association in 2011, click here.