The Osborne and Hordern Gates 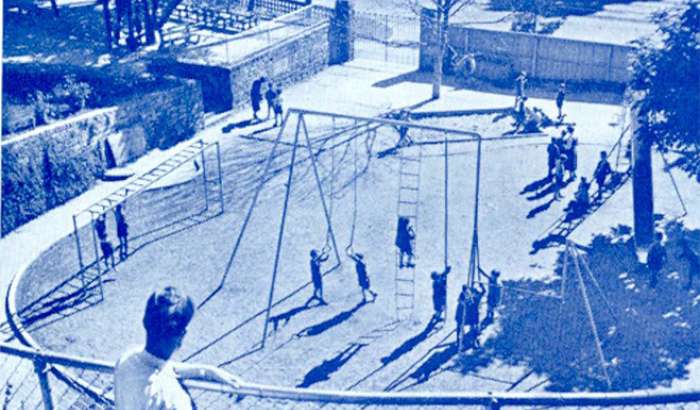 The Osborne and Hordern Gates are the two main sets of gates at Cranbrook. The first was donated to the school in the 1940s, and the second in the 1960s. Their story honours two benefactors of the school.

The Osborne Gates were named for Lawrence Osborne, who had attended Cranbrook in the 1920s, gaining his Leaving Certificate in 1931 receiving an Honour Card for physics when he was 18 years old. He had been the first Vice-Captain of Strickland House in 1931, playing in the firsts for rugby and rowing in that year, as well as being chosen as Captain of Boats.

Lawrence came from a small town in the Snowy Mountains called Adaminaby, where his father ran a sheep station. In 1937, at 24 years of age, Lawrence married Betty Balfe in a service conducted by the Reverend “Polly” Perkins – Cranbrook's first Headmaster, who had retired a year after Osborne had left. A little less than four years later, in 1941, Lawrence joined the war effort and entered the Royal Australian Air Force, leaving behind his young wife and three year old son.

Osborne’s Squadron, No. 461, was raised at Mount Batten on the south coast of England in 1942. The Squadron was part of the Coastal Command. The Squadron sank three submarines during 1943, the year that Osborne was killed in action. It had been an intensive period for its operations, during which it had concentrated its patrols over the Bay of Biscay.

In 1948, Lawrence’s mother, Mrs Betty Osborne, donated £1,000 to the School to construct a memorial to her son, in the form of entrance gates. They featured the Latin motto of the Royal Australian Air Force, “Per Ardua Ad Astra”, meaning “through struggle to the stars”. Perhaps Betty Osborne knew that it had been made the motto for the Royal Flying Corps in 1913, the same year that Lawrence was born. She may have also known that the motto had first been noted in a nineteenth-century novel, People in the Mist, to appear on “two stately gates of iron fantastically wrought”.

The Hordern Gates were named for their position at the entrance of the Hordern Oval. They originally came from a 1909 residence called Murilla, which had been in New South Head Road until it was torn down in 1958.

In 1963, Mr Frederick Manning donated £150 to meet the cost of purchasing and erecting the gates between two sandstone pillars. Mr Manning was a sales director at Kodak and had been on the School Council since 1941. His son, also named Frederick, was an Old Boy, attending Cranbrook from 1924 to 1929. He would later take over his father’s position as marketing director for Kodak.

The elder Mr Manning served on the School Council for twenty years, sadly passing away in a car accident only three years after retiring from the Council due to ill health. His loyalty and aid to the school through difficult years lives on through his donation of the Hordern Gates.