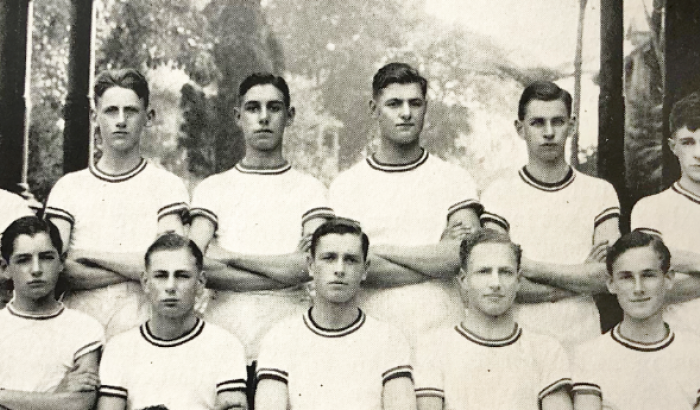 William Robert ("Bob") Arnott (1922–2016), Cranbrook’s first Winter Olympian, was born in Sydney in 1922 and started at Cranbrook in 1932, aged 9. A keen outdoorsman all his life, Bob was quiet at school but excelled at athletics and tennis. However, above all these came skiing and it was with a Cranbrook ski party to the Hotel Kosciuszko in 1935 that he first tried skiing, and was hooked. As he put it, “It was simply Cranbrook’s most important and lasting gift and in the course of time, really changed my life."

Bob loved to explore the mountains but also developed a taste for racing, and he represented Australia both at home and overseas. He competed in the 1952 Oslo Winter Olympic Games in Downhill, Slalom and Giant Slalom and was the Australian slalom champion in 1953. In 1963, he was appointed as the first Australian delegate to the International Ski Federation (the FIS) on which he served for 27 years.

His greatest achievement while on the FIS was solving the problem of how international skiing should rank its skiers and assign start positions for each race. Using his skills as a physicist, Bob had set to work developing a system that could account for the many variables necessary to rank different skiers, competing in different races, on different courses. He created a system that worked well but still had some problems. Meanwhile, a US representative to the FIS, Bob Beattie, was working on an alternative system and it too had its problems.

With the 1968 Grenoble Olympics fast approaching and plenty of pressure to solve the problem, there was a eureka moment late one night when Bob and Bob realised that if they combined both their systems, they tended to cancel the errors out acceptably. The resulting system was introduced in 1967 and while it has had some modification since, it remains the basis for ranking skiers around the world today. It is affectionately known as “The 2 Bob Rule.”

Bob continued skiing until about a month shy of his 90th birthday. He was so proud to be able to donate the Arnott Prize for Skiing to Cranbrook, the school that had introduced him to the sport some 75 years earlier. His son Axel Arnott (OC 1988) and grandson Hugh Halley (Year 11 and 2018 Snowsports Vice Captain) have continued in his skiing footsteps.