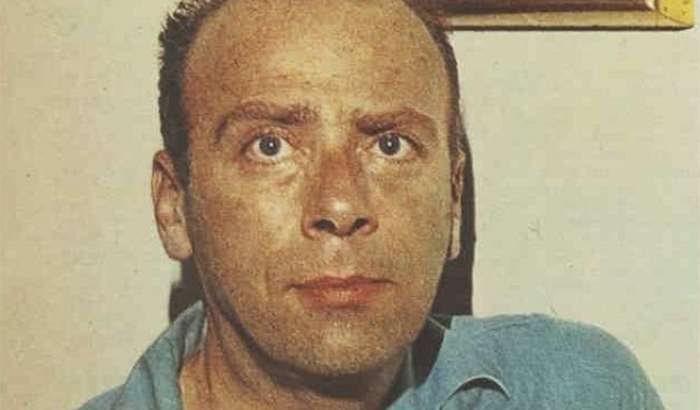 ‘Goodness, what a lucky boy.’

‘Your aunt Vanessa is coming.’

Vanessa was coming all the way from England back to Australia and she was coming on a piano boat.

‘Why is she coming on a piano?’ he asked, and they laughed, rocking back and forth on their chairs, forgetting to be worried, and said: ‘No darling. No, pet – not a piano. P and O. That’s the kind of ship it is – a P and O ship.’

But he couldn’t get out of his mind a picture of Vanessa lashed with ropes to a grand piano that was breasting its way through giant green waves and foam. It was not unlike a picture in a book called The Little Castaways, in which the evil captain who had set the children adrift came to a bad end by drowning. Perhaps Vanessa would drown too.1

This is part of the opening dialogue to former Cranbrookian Sumner Lock Elliott’s novel, Careful, He Might Hear You (1963). This celebrated Australian book, which won a Miles Franklin Award and was adapted into a film in 1983, offers a window into six year old PS’s interpretations of adult conversations.2 After his mother dies, PS finds himself raised by two aunts, who each struggle to take control of his life. As the book unfolds, PS’s wealthy Aunt Vanessa spoils him with gifts and elaborate dinners at eight o’clock at Point Piper, but PS misses ‘tea; at six’ with his working-class Aunt Lila and Uncle George.3

Sumner’s story of PS’s struggle to move between two different Sydney worlds reflects his own childhood after his mother, the famous short story writer Helena Sumner Locke (1881–1917), died of eclampsia.4 Following his mother’s death, Sumner’s Aunt Lily and Uncle George brought him up in the working-class suburb of Carlton, but a custody tug-of-war began when his wealthy Aunt Jessie returned from England and sought to raise him in Vaucluse.5

It was while under Aunt Jessie’s guardianship that Sumner attended Cranbrook as a boarder.6 Not taking kindly to his aunt’s attempts to reshape him, Sumner did not enjoy his time at Cranbrook, referring to it as a loathsome “place of misery” later in life.7 However, despite his reluctance to attend our school, this educational opportunity helped him to build his talents as a playwright. By the age of fourteen, Sumner had joined Doris Fitton’s independent theatre and won the Nellie Stewart Silver Cup for “Best Australian One-Act Play in Juvenile Drama”.8

Unfortunately, this promising career was put on hold in 1942, when Sumner was drafted to Army service in the Northern Territory, but following the war he used his experience to write Rusty Bugles, a controversial play set in an Australian army supply camp.9 The play was a great success, performed in every state in Australia for over two years.10

In 1949, off the back of Bugles, Sumner moved to New York to try his luck on the small screen and was again successful. From 1949 to 1962, Sumner adapted over fifty plays for the networks Philco-Goodyear Playhouse, Kraft Television Theatre, Studio 1, and Playhouse 90.11 Within three years of the move he also released a Broadway show, “Buy Me Blue Ribbons”.12 However, by the 1960s, the golden age of TV dramas was over, and Sumner again adapted to another style of writing with ease: the novel.

Although by this stage an American citizen, Sumner still set many of his novels in Sydney and they have since become iconic. These include: Careful, He Might Hear You (1963), Eden’s Lost (1969), Water Under the Bridge (1977) and Fairyland (1990), a final revelation about the writer’s experiences as a homosexual in the 1930s and 40s, released one year before his death in 1991.13

A self-contained and sharp-witted man and a writer of immense flair and variety, Sumner epitomised the Cranbrook values of creativity and exploration and personal best. He followed his talents and made the most of them to ultimately “celebrate the most vital of all life’s revelations: the discovery of the self”.14