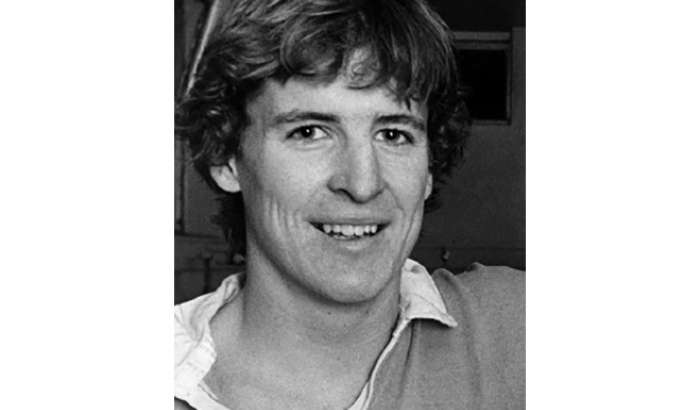 On 15 July 1980, a car making its way back from the ski fields collided with a semi-trailer near Moss Vale.1 Tragically, the collision ended the life of old Cranbookian Matt Street at just twenty years of age. A member of the Sydney and the Australian Under 21 rugby squads, Matt was viewed by experts as a player of “great promise” and exemplified the school values of action and teamwork.2 It was his commitment to his team mates that prompted Matt to return from the snow fields for an inter-Collegiate game.3

His memory lives on in the form of two awards. Our school’s Matt Street Scholarship is granted annually to allow a sporting student of strong intellect and character who could not otherwise afford to attend Cranbrook to join us in Years 11 and 12.4 Meanwhile, the East Colts’ Matthew Street Memorial Award is presented to those Eastern Suburbs players who demonstrate “involvement, humanity and talent”.5

The youngest son of old Cranbrookian Phillip James Lee Street, Matt boarded with us from 1970 to 1977.6 The avid sportsman played for the 1st XV from 1975 to 1977, winning the Stephen Joseph Memorial Prize (for the most promising forward) in 1972 and 1973, the A.W. Perry Prize in 1976, and the Julian Moore Prize (for goal kicking) in 1977.7 Not to be outdone in other sporting arenas, Matt also received colours in cricket, swimming and athletics.8 His sporting abilities were also balanced by his academic achievements: Matt was school prefect in his final year and received first level passes in both English and mathematics.9

The “versatile athlete and student” went on to study science at the University of Sydney, where he played rugby for St Paul’s College and the Eastern Suburbs first grade side, touring the United States’ West Coast shortly before his death.10 “Admired, loved and followed by a vast community of people from Timor to Cranbrook, to Paul’s, to Easts, to Palm Beach, to the snow fields and wherever he went”, Matt’s funeral was attended by 300 close friends and family. He was remembered by those who knew him for his “infectious grin which reflected his inability to dislike anyone” and ability to always look “on the bright side”.11

While Matt’s sporting career was cut short by such sad circumstances, the scholarship we have awarded in his name since 1982 has allowed many boys to achieve their sporting and academic ambitions. For former scholarship holder Richard Wright, the award “helped open my eyes to a wider world of opportunities” and provided him with the “confidence and educational underpinnings” to grasp them.12

Likewise, the East Colt’s Matthew Street Memorial Award keeps alive our memories of this “exciting sportsman and top bloke in every way”.13 Held in very high regard, on some occasions the trophy is not presented so that its value is not diminished.14 In this way, just as each sporting team aims to be greater than the sum of its individual parts, Matt lives on in each Matt Street Scholarship holder and Matthew Street Memorial awardee who represent him with distinction and humility.