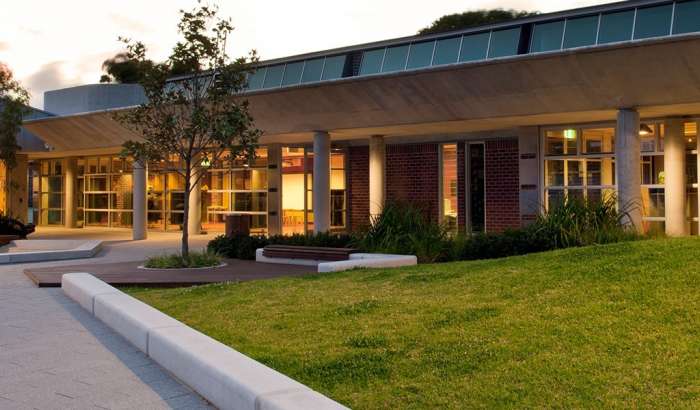 In 2001, Cranbrook purchased the site of the Rose Bay Bowling Club (adjacent to Dickins House) and in 2009 construction commenced there on a new campus for students from Kindergarten to Year 6, styled a "School in the Park". The Prep School students moved in during 2011 and the Junior School students moved in the following year, when the campus was officially opened. The below article appeared in the Winter 2012 edition of  Schola Nostra. In due course, an article tracing the history of Cranbrook's Junior School will be published here.

The journey from vision to construction has been long and demanding, but tremendously worthwhile. Not only will our Junior School boys be educated in world class facilities, but the whole school can be transformed without undue delay.

Cranbrook's new Junior School was officially opened on Sunday, 27 May 2012. The President of Cranbrook School Council, Dr Helen Nugent AO, opened the school. ln doing so she revealed that the Kindergarten to Year 2 section of the school was to be named the Maxwell Building in honour of Mr Michael Maxwell, an old Cranbrookian, in recognition of his distinguished service and significant benefaction, and that the Years 3 to 6 section was to be named the Madin Building in honour of Mr Jeremy Madin, Headmaster from 2001 to 2012, in recognition of his distinguished service and his dedication to the construction of the Junior School. Mr Madin has been the driving force in the conception and execution of this visionary project. Federal Government support for the construction of the gymnasium was recognised and Federal Government representative, Senator Matt Thistlethwaite, was a distinguished guest at the ceremony. Ms Gabrielle Upton, State Member for Vaucluse, was also present.

It was a joyous occasion and a very special day in the life of Cranbrook School, the fulfilment of a dream to bring our Preparatory and Junior School boys together in one spacious place. Over 1500 people were there: members of the school community, students and staff of Cranbrook, past members of Council and staff, and past students gathered to celebrate in the multi-purpose gymnasium. Music played by boys from both the Junior and Senior Schools was enjoyed by all.

The construction of the state-of-the-art "School in a Park" was made possible by the generous support of the Cranbrook School community. Afrer years of planning the exciting educational facilities and working steadily towards its completion, both stages of the new Junior School are now finalised. The learning space for each class in K-Year 2 flows through to the outside in one direction and to a piazza, where the whole year group can gather; in the other direction, there is a new iCentre, art rooms, music centre and science laboratories in the Madin Building; finally, a double gymnasium for Kindergarten to Year 12, tennis courts and traffic drop-off and pick-up areas complete the design. It is a truly magnificent teaching and learning environment.

The move of Years 3 to 6 to their School in a Park means that the Senior School campus at Bellevue Hill can now begin its imaginative refurbishment. Master planning for new, optimum facilities for our Senior School boys is being accelerated and begins in earnest in Term 1, 2013.