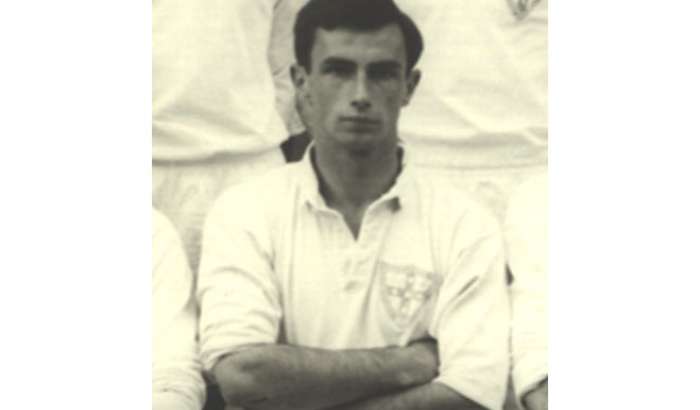 As they rehearse hymns in the School Chapel, Cranbrook's students may notice a small brass plaque on the wall engraved C.W.H (KIP) CULLIP 1943-1965. This plaque commemorates Christopher "Kip" Walsingham Hamilton Cullip (OC 1961), a remarkable young Cranbrookian whose life was sadly cut short by leukaemia at just 21 years of age.1

Kip left his mark on our school as a “brilliant athlete”.2 He was the Captain of the 1st XI cricket team and of the 1st XV rugby team, and gained colours for both sports every year from 1959 to 1961.3 Kip was also Captain of Tennis in 1960 and a Sergeant Major in the Cadets.4

He was not only talented at sport, but a “well-rounded personality” and “unselfish leader”, receiving the School Special Painting Prize in 1961 and heading Rawson House.5 Prior to his death, Kip was studying architecture at the University of New South Wales and had organised a Surrealist art exhibition of his work.6

At Kip’s funeral, our School Chaplain reflected that the “best memorial we could make to him would be to live as he lived – unselfishly, sensitively and vigorously”.7 This recommendation rings true in the actions of Kip’s nephew, Christopher “Kip” Walsingham Cullip Williams (OC 2004).

Like that of his namesake, Kip Williams’s time at Cranbrook was marked by achievement and he finished his education here in 2004 as the Head Prefect and Head of Debating and Drama.8. Since leaving Cranbrook, Kip has pursued excellence in creativity and exploration by working hard to become, at 30, the youngest Artistic Director of the Sydney Theatre Company and a member of NIDA’s Board of Directors.9 He also holds the School value of service to others high, striving to use his position to tell more “culturally and linguistically diverse stories” and provide opportunities for women.10

Each day, as he walks to work from his apartment in Potts Point, Kip passes an intricate mesh sculpture of a seed, sprouting from the velvety yellow lilies of Sydney’s Botanic Gardens. This sculpture was created by the late artist Brownyn Oliver, who was Kip’s art teacher at Cranbrook.11. In a recent Sydney Morning Herald article, Kip cited Brownyn as an influential figure who encouraged him to “break walls”.12

During his time at Cranbrook, Kip did this by co-founding a theatre company called "Set" with his friend Sam Reid (OC 2004), now a film actor.13 Looking back, Kip chuckles at “the naffness of your own childhood”, but he never would have guessed, directing a Dada take on Macbeth at the age of fifteen, that he would later go on to direct a STC production of Macbeth in which he turned the table on his audience by placing them on the stage, with actor Hugo Weaving prowling the rows of theatre seats.14

We encourage all our boys to take on the spirit of creativity and exploration held by Kip and his late uncle. Indeed, Kip reflects that a significant part of his success stems from his willingness to put himself on the line in the name of creativity, remarking that “the best work I have made has come from scenarios where I have felt the most lost artistically” ... “I think when people talk about the arts as being a place of risk, that’s what they’re talking about, it’s about going to unknown places and putting yourself in circumstances of difficulty in order to produce something great”.15

To see an interview that Kip Williams (OC 2004) gave to the Old Cranbrookians' Association in 2013, click here.